Hello readers. I am not a writer but I just maintain and write blog posts for this website / blog as its rightful owner.

Like most writers, I too have become an inveterate procrastinator. In the course of writing for this website / blog, I had actually dumped my gold standard and writing policy to make sure that I have at least written frequently something that someone would actually want to read over the past months.

As 2015 is fading away, here I have now this new post and hope to endeavour with more posts into 2016 and also take a moment to breathe and probably as psyched as you may have watched Kylo Ren in Star Wars: The Force Awakens who has the following dialogue, “Nothing will stand in our way. I will finish what you started.”, and now say to myself and tell you readers that “Nothing will stand in my way. I will finish what I started.”, by finishing some unfinished blog posts in the course of 2015 and continue to write in MRPALSMY.

Paper-based medical record practitioners, doctors and healthcare management have been influenced for example after attending healthcare conferences and lured by vendors of the promise that Electronic Medical Records (EMRs) were supposed to improve patient care and make doctors’ lives easier, do away with paper documents, and provide greater governance and stewardship for medical records practitioners.

Unfortunately, the promise of how EMRs are supposed to be in theory, haven’t worked out as well in practice as they were to be.

A detailed report in the Chicago Tribune, laments how doctors in the U.S. are even looking forward to retiring because these doctors are crying out in pain over an increasing  “burnout“ to the demands of clicking through page after page of records.

Their predicament was compounded from the findings of a new 2015 survey by Accenture PLC which found that fewer U.S. doctors believe that the EMR has improved treatment decisions, reduced medical errors or improved health outcomes. This is compared to a similar study conducted in 2012.

Accenture PLC had commissioned a six-country online survey of 2,619 doctors to assess their adoption and attitudes toward electronic health records and healthcare IT. The survey conducted by Nielsen between December 2014 and January 2015 included doctors across six countries, which included neighboring Singapore (200 respondents) and the U.S. (601 respondents).

Another recent study by Mayo Clinic researchers, working with the American Medical Association, further strengthened the case against the use of EMRs which found that more than half of physicians felt emotionally exhausted. Heavier workloads and “increased clerical responsibilities.” were among the chief complains.

But all is not bad for EMRs.

There is evidence that EMRs are helping patients to get more access to their medical information.

This guideline further acknowledges and asserts that since the patient views that all the information contained in his/her medical records (i) is about him/her, (ii) that he/she should have access to records containing information about his/her medical condition for legitimate purpose and in good faith between the practitioner and him/her, (iii) he/she has a right to know what personal information is recorded, (iv) rightfully expects the records are accurate, and (v) also knows who has access to his/her personal information.

The patient’s views that all the information contained in his/her medical records (i) is about him/her, (ii) that he/she should have access to records containing information about his/her medical condition for legitimate purpose and in good faith between the practitioner and him/her, is supported by the findings from the 2015 Accenture study which shows there is evidence in the U.S. in particular, that increased access to online medical records in particular has provided patients (55 percent) with better understanding of their illness as well as having a positive impact on patient-doctor relationship.

While patients have right of such access to their medical records, the Malaysian guideline does not say if patients may be permitted to make their own changes to the mostly paper-based medical record systems available in Malaysia, and stops at proclaiming that the Malaysian patient rightfully expects the records are accurate.

I rest the case for EMRs that promises better patient care, which is accentuated by findings from the Accenture survey that a high percentage (82 percent of respondents) of U.S. patients when allowed by their doctors to update their own medical records, it increases their engagement in their own health as well as improves patient satisfaction, boosts understanding of their health conditions, increases patient and physician communication.

Readers can view an infographic below which summarises the 2015 Accenture study.

In Malaysia, since we do not have specific laws or regulations that address how amendments should be processed in medical records, I think it is about time healthcare organisations in Malaysia structure their practices to comply with the greater awareness and requirements of patients’ rights and the promise of better health care in Malaysia through both paper-based and electronic medical records.

Hospitals around the globe are fast implementing or are now expanding on the use of Electronic Health Records (EHRs). The notion is that hospitals are able to provide better quality of care and at the same time, ensure improved productivity for providers with computer equipment hosting the EHRs.

While we watch the whole world marching onwards in implementation and expansion of EHRs, readers are reminded of the aspects of patient safety as defined by the World Health Organisation, which is to prevent errors and adverse effects to patients that are associated with health care.  Safety is what patients, families, staff, and the public are likely to expect when they are at hospitals. Thus the safety net must not only safeguard patients but staff caring for the patients and visitors to hospitals. As such, safety controls from hazards or risks posed by buildings, grounds, and equipment (JCI 2013) such as computers and EHRs to patients, families, staff, and the public must be in place at hospitals to prevent safety related events.

In this post I have summarised graphically into three (3) charts contributing factors for EHR-related Safety Events and on how to prevent, mitigate, and react to them. The facts presented in the charts are based on the opinions given by three (3) Joint Commission Resources (JCR) and JCI consultants on the ever-increasing EHR lawsuits in the United States between 2013 and 2014, as was reported recently in Becker’s Health IT and CIO Review.

The Charts 1 and 2 show eight (8) common causes of EHR-related safety events as follows:

Chart 3 presents six (6) ideas on what can be done to decrease the number of EHR-related safety mistakes which are:

As we in this part of the world are implementing quality standards from the JCI, appraisal and guidance to focus on and prevent EHR-related Safety Events can be found in the Leadership chapter and the Management of Information chapter found in Joint Commission International Standards for Hospitals, as recommended by these three (3) Consultants.

I like to conclude that while hospitals worldwide are riding the wave of implementing or now expanding on the use of EHRs, it is best to be aware of whatever the contributing factors to EHR-related Safety Events maybe including those identified in this post, and to be accountable to prevent or minimise such events with awareness and the necessary knowledge as outlined by the above mentioned Consultants.

It is rare to find any research topic ever published on why requests are made by patients who want to make changes to their medical record. I found one recently, and here to share with you what researchers discovered as the main reasons for making a request to change the medical record, and what types of information they wanted changed, and whether they result in modifications to the medical record.

In their qualitative research, the researchers studied content analysis of all patient-initiated amendment requests, an ‘amendment request’ defined as the process by which patients ask for changes to be made to their records, received over a 7-year period.

Readers can now view the infographic below (click on the infographic to view a larger image in a new tab of your current window) which shows a summary of all relevant findings from this research.

Also from this study, I deduced that when patients were given the opportunity to further participate in their care by allowing them to review their medical record, their medical record accuracy could lead to improvement after the identification and correction of errors or omissions.

I agree with the authors that doctors can make mistakes in the medical record, and that it is necessary to correct these mistakes at some point This is especially true when a patient discovers any mistake or omission upon reviewing his or her own medical record. However, it is uncommon when a patient will not want any information there anyway but such requests must be expected.

Writing narratives in paper based medical records is the usual way the team of healthcare professionals taking care of the patient – doctors and nurses largely record in the medical record to tell a story about what is happening to the patient and what occurred in the course of care. Such narratives are considered to be essential for communication between members of  healthcare professionals.

Following the advent of the Electronic Medical Record (EMR) / Electronic Health Record (EHR), doctors and nurses find the loss of space in the patient record to write narratives. The freedom of being able to describe something in a doctor’s or nurse’s own words is now replaced by structured drop-down menus, a prominent feature of EMRs / EHRs.

I like to share an essay, “Checking Boxes” about the frustrations and misgivings of a primary-care doctor who makes house calls in and around Tuscaloosa, Alabama, United States of America. Read this essay here.

The notion is that many caring doctors and nurses still wish to spend their time speaking and caring for patients rather than been overwhelmed with computer documentation and fitting things into boxes on computer screens.

A new study in the Journal of the American Medical Informatics Association (JAMIA), which directly observed clinical workflows at primary care clinics in different healthcare organisations in Boston and Indianapolis, USA found that both doctors and medical staff used both paper-based and computer-based workarounds to overcome design flaws in their electronic health records (EHRs).

Here are some examples from the study’s findings of workarounds created when practices are found not using the EHR in the way it was designed for, due to the real and perceived deficiencies ot the EHRs. 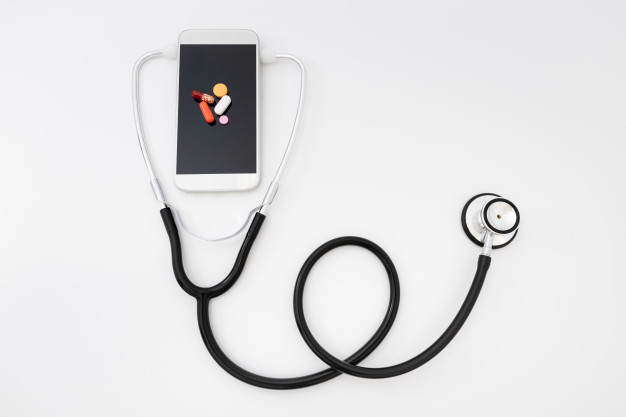 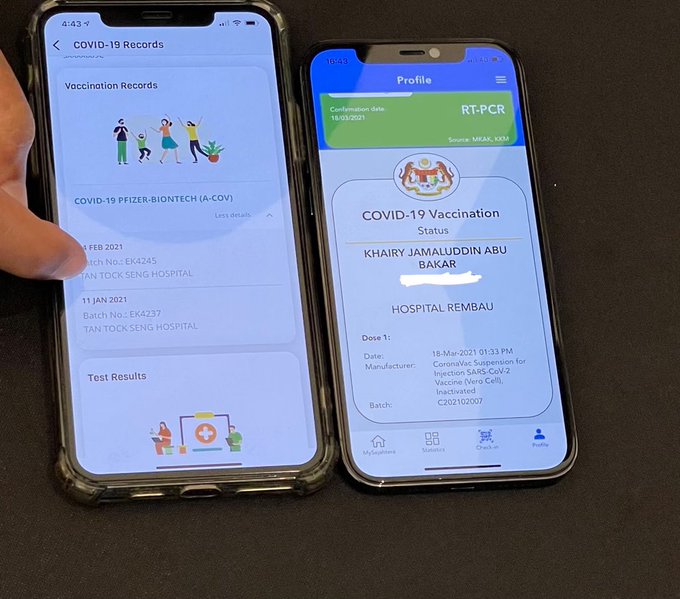 WHO/Europe helps Central Asian countries transition to an improved International Classification of Diseases(ICD)
This is to make the transition to the new and improved 11th Revision of the ICD(ICD-11), an essential health information tool for the classification of medical conditions and disease that allows health professionals across the globe to make and record accurate and swift diagnoses.Read more 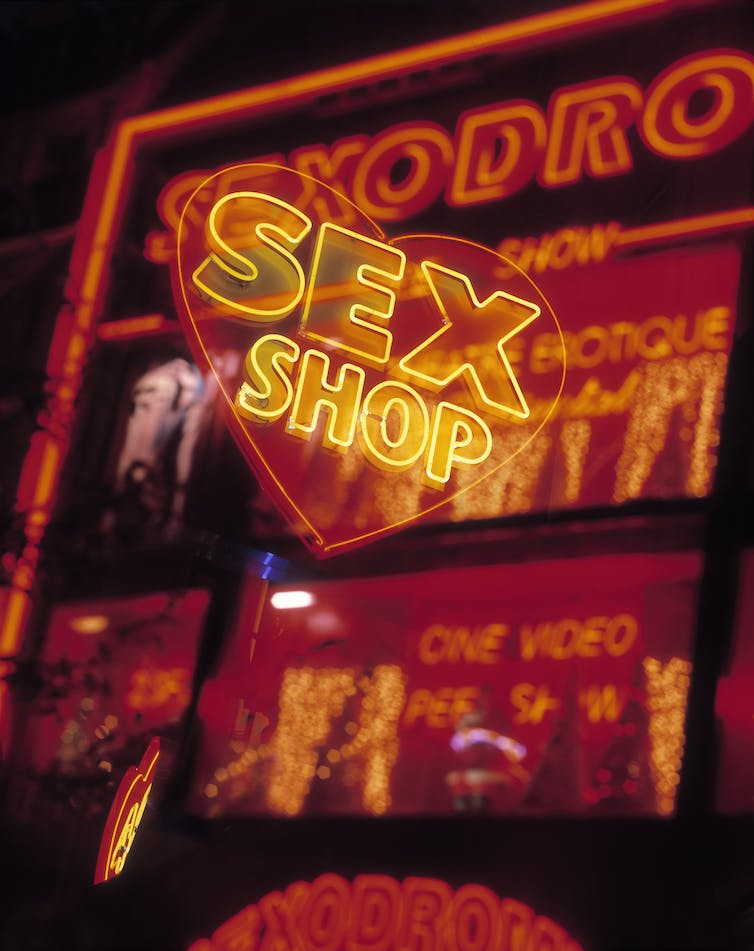 ‘Sex addiction’ isn’t a justification for killing, or really an addiction
Right now, there is no diagnosis of “sex addiction” in any diagnostic manual that psychologists consult when working with patients. It’s not a recognized disorder in the mental health community. Read more
Copyright © 2021 VIJAYAN RAGAVAN, Malaysia. All Rights Reserved. Medical Records Pals Malaysia Website Owner, Administrator and design: VIJAYAN RAGAVAN
Home About Contact Me Sitemap Disclaimer